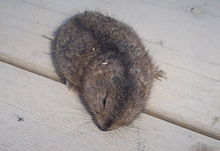 He who hesitates doesn’t get the early worm

Followers may recall a recent post from Marykathryn, who was described as “The Norma Crosby of Malaphors”, and who uttered the classic “do you think I would paint myself in a corner and throw away the key?”  She now has sent another classic, spoken out of exasperation.  Her husband apparently is a slow and cautious driver. He was trying to make a right hand turn onto a busy road and missed at least three chances that Norma Crosby perceived. So, she calmly said to him, “You know Danny, he who hesitates doesn’t get the early worm.”  This is a conflation of “he who hesitates is lost” (people should act decisively) and “the early bird catches the worm”  (the one who arrives first has the best chance for success).  It is somewhat congruent as both proverbs relate to acting quickly to achieve success.  Trivia tidbit – The Early Worm Gets the Bird was the name of a Merrie Melodies 1940s cartoon by the great Tex Avery.  A big thank you to Marykathryn for sending this one in!

I was taken to the wolves

I don’t make these up, folks.  This wonderful malaphor is a mash up of “thrown to the wolves” (put someone in a situation where there is nothing to protect them) and “taken to the cleaners” (swindle someone).  The words “taken” and “thrown”, both verbs and both starting with a “t”, may have been the root of the confusion.   This mix up was said by Jon Hein, creator of the Jump the Shark website (now part of tvguide.com) and host of The Wrap Up Show on the Howard Stern channel on Sirius XM satellite radio.  He was referring to a time that he was put in a compromising position.   Interestingly, Jon Hein grew up in Pittsburgh (Mt. Lebanon).  A fellow Pittsburgher and senior malaphor reporter, Mike Kovacs, heard this one and messaged it in.   Thanks again, Mike!

I’m as happy as a clam in clover

This alliterative congruent conflation is a mash up of “happy as a clam” and “happy as a pig in clover” or “in clover”, all meaning to be in a pleasant situation.  I’m not sure you can be happier than this description.  Ordinarily the clam would be happiest at high tide, a normal extension of that phrase.  But perhaps the clam reveling in clover is the height of pleasure.  A big thanks to Lou Pugliese for hearing his Dad utter this beauty and passing the malaphor on to me.

Sometimes my malaphor scouts come across a juicy one in one of the books they are reading.  That’s what happened when Steve Hubbard discovered this gem in the “Hour Game” by David Baldacci.  Sean King, a major character in the book, utters this mash up:

“If I told you we had information they’d had a knock-down-drag-out three or four years ago over Bobby’s sleeping around, would that surprise you?”  “No. He had that reputation. Some people thought he was over it, but old dogs rarely change their spots.”

This is a mash up of  “a leopard doesn’t change its spots” (a person’s character, especially if it is bad, will not change, even if they pretend it has)  and ‘you can’t teach an old dog new tricks” (it is difficult to make someone change the way they do something when they have been doing it the same way for a long time).  Both expressions describe people set in their ways, making this a congruent conflation.  And of course Mr. King was referring to that old two timin’ dog Bobby.  Thanks again to Steve Hubbard for passing this one along!

Ah yes, the mixed up world we live in, particularly we baby boomers.  This phrase was written in a letter to the editor of The Daily Progress, a Charlottesville Virginia newspaper (wahoo wah).  The writer was discussing how a natural gas pipeline was going to go through her property and that the Federal Energy Regulatory Commission approves these 99% of the time.   The malaphor is a mash up of  “the fox guarding the henhouse” (a job assigned to a person who is exploiting it to his own ends) and “the chickens come home to roost” (facing the consequences of one’s own misdeeds).   Thanks to Jack Knoll for sending this one in!

Dogs sleep pretty soundly, but this is definitely a malaphor.  It is a mash up of “slept like a log (or baby)” (restful sleep)  and “let sleeping dogs lie” (do not instigate trouble).  Nice mix up as it involves assonance (log, dog, and lie, like) and similar words in the phrases (sleep, dog).  This beauty was uttered by John Costello, one of my roving malaphor reporters!

Don’t wake up a sleeping dog

Posted: May 29, 2014 | Author: davemalaphor | Filed under: ACTION, ANIMALS, dog, sleep | Tags: blended idioms, don't wake a sleeping giant, expressions, humor, language, let sleeping dogs lie, malaphor, malaphors, miami heat, mixed idioms, sun-sentinel, words | 11 Comments
Here is another beaut from the sports world.   Miami Heat center Chris Bosh, commenting on Lance Stephenson of the Pacers trash-talking Lebron James said,  “Don’t wake up a sleeping dog. That’s a lesson I learned a long time ago.”   This is a great mash-up of “let sleeping dogs lie” (leave something alone that may cause trouble) and “don’t wake a sleeping giant”   (something powerful that is not dangerous unless provoked).  Confusion lies in the common word “sleeping” and that some dogs can be dangerous if provoked.   A big shout out to Justin Taylor for catching this one!  Reference is below:
Source here: http://articles.sun-sentinel.com/2014-05-25/sports/fl-miami-heat-main-0526-20140525_1_lebron-james-lance-stephenson-stephenson-and-james

This is a mash up of “cursing like a sailor” (swearing a lot) and “pissing like a race horse” (no definition required).   Not sure how the speaker could confuse cursing and pissing, although cursing does sound like coursing.  Of course, many of us have cursed AT race horses before, so that could be part of the mix-up.  Many thanks to Lisa O’Donnell, who heard this gem from a neighbor’s lips.

We need to get our ducks together

This nice congruent conflation is a mash up of “get our ducks in a row” and “get our shit together”, both meaning to get organized.   This beauty was uttered by the Mistress of Malaphors, Naomi David.  Thanks again Naomi!