ABC’s Martha Raddatz reporting on the upcoming Biden-Putin summit: “if they can come out together, if it doesn’t go out over the rails, that is some sign of success”. This is a congruent conflation of “off the rails” and “over the edge” both meaning to be out of control or excessive. A big thank you to Steve Grieme for hearing this one!

They’re talking out of both sides of their neck

Ronald Greene’s attorney was talking about the Louisiana police and a cover up on MSNBC’s Velshi show when he uttered this malaphor. It’s a mashup of “talking through the back of (one’s) neck” (exaggerate, often to the point of making false statements) and “talking out of both sides of (one’s) mouth” (maintain contradictory positions in an attempt to please the most people). This conflation combines the meanings of both idioms into one new one. A big thanks to Jim Kozlowski for hearing this one.

Let’s don’t kick this down the chain

Bill Weir on CNN said this while discussing the returns in Arizona. He was discussing the results in different counties and was attempting to say, “let’s don’t jump to any conclusions”. It is a conflation of “(move something) up the chain” (seek approval at the next level) and “kick the can down the road” (defer or postpone a definitive action). Given the context, “kick (something) around” (to discuss something) might be in play. “Up” often means “down” and vice versa in the Malaphor World. A tip of the toque to Steve Hubbard for hearing this one and sending it in.

If you follow this website, you will know the name of Naomi David, dubbed “The Queen of Malaphors”. Oops, she did it again and uttered this gem, which is a congruent conflation of “wearing many hats” and “juggling/keeping balls in the air”, both meaning to hold many responsibilities at the same time. Since she was talking to Katie Hatfield Norwood, “hats” might have been on her mind.

Did you know hat spinning is a thing?  In the final years of the nineteenth century and the first half of the twentieth century, hat spinning was a fairly standard and common form of juggling. Today this art form is performed by perhaps as few as two or three jugglers in the entire world. For those who have never seen it, hat spinning can perhaps be best described as a cross between plate spinning and devil stick, with a flimsy, broad-brimmed hat being manipulated by one or two long sticks held in the juggler’s hands. https://www.juggle.org/hat-spinning-history-instruction-and-performers/#:~:text=One%20of%20the%20best%20known,art%20form%20was%20Walter%20Bellonini.&text=Other%20early%20jugglers%20who%20performed,least%20as%20early%20as%201875.

A big thanks to Naomi David and Katie Norwood for this one.

She shouldn’t sleep where she eats

There was a conversation about a person who got intimate with someone related to her boss. This is a nice conflation of “sleep around” (to engage in sex with many different partners) and “don’t shit where you eat” (do not engage in troublesome or dubious behavior at home or at work). A big thanks to Doree Simon for spotting this one and sending it in!

Fun fact: Eating while asleep is a disorder. It’s called sleep-related eating disorder (SRED) and is a type of parasomnia (sleep disorder) characterized by abnormal eating patterns during the night. https://my.clevelandclinic.org/health/articles/12123-sleep-related-eating-disorders#:~:text=People%20with%20sleep%2Drelated%20eating,the%20night%20with%20full%20awareness.

This rare comment was noticed in an online comment.  The commenter was talking about Attorney General Barr’s undermining the confidence in voting by mail, and the desperation of Trump and his minions to stay in power so that they can benefit financially.  This is a congruent conflation of “milking the cow” and “bleeding/milking (something) dry”, both meaning to take as much of something from someone or something as possible.  “Cash cow” (an investment that generates a lot of income) may also be in the mix, considering the context.  A big thanks to Ron MacDonald for spotting this one.

I am discussing these two malaphors together as they were uttered on the same topic and they are mashups of similar idioms.  The first, “straight from the hip”, was spoken on the Nicole Wallace show, Deadline: White House, during a discussion about Biden’s town hall and that he was speaking “straight from the hip”.  “Straight from the shoulder” (simple, direct, and forthright) is what the speaker meant to say, and this was mixed with  “shoot from the hip” (to speak rashly or recklessly).  The phrases are almost opposites, making this an excellent example of an incongruent conflation (unintentional blend of two or more idioms with opposite meanings).

The second malaphor, “shoot from the shoulder”, was uttered by Joe Biden at his town hall (and this is the phrase MSNBC had latched on in the malaphor above).  Herer is the quote:

“You’ve got to level with the American people — shoot from the shoulder. There’s not been a time they’ve not been able to step up. The president should step down,” the Democratic presidential nominee said to applause from a CNN drive-in town hall crowd Thursday night in Moosic, outside his hometown of Scranton.

This is also a mashup of “straight from the shoulder” and “shoot from the hip”, another incongruent conflation.  Body parts and alliteration are all responsible for these mixups.  A big thank you to Bruce Ryan, Pamela Pankey, John Pekich, and Kathy Meinhardt for all spotting the malaphor. 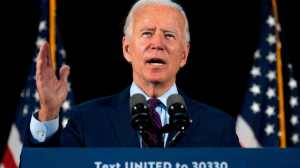 The straw that would tip me over to him

This one was spotted in a New York Times article, covering the Presidential race in Minnesota and Wisconsin.  Here is the context and quote:

Chris Rutherford, 51, of Minneapolis, is leaning back in Mr. Trump’s direction as a result of recent unrest. A Republican who said he was dismayed by Mr. Trump’s “constant lying,” Mr. Rutherford said he had been deeply troubled by the damage to his community inflicted first by the coronavirus pandemic and then by episodes of vandalism and rioting.

“Covid is wiping out these businesses and this was the nail in the coffin,” Mr. Rutherford said, stressing, “We cannot have these riots.”

Mr. Rutherford said that while he slightly favored Mr. Trump, he might still support Mr. Biden if he did more to warn of repercussions for people who “grotesquely violate the law.”

“He says, ‘I condemn,’ but he doesn’t ever say what he’s going to do,” Mr. Rutherford said, adding that if Mr. Biden went further it would be “the straw that would tip me over to him.”

This is a mashup of “the straw that broke the camel’s back”, “the last straw”, (both meaning the final problem in a series that causes one to finally lose one’s patience) and “tip the scales (or balance)” (something that upsets the balance such that one side gains advantage).  It’s almost a congruent conflation, as all the expressions refer to an incident or something that finally changes the situation.  As the contributor points out, “straws” seem to pop up in malaphors frequently.  Past examples include “it was the nail that broke the camel’s back”, https://malaphors.com/2016/04/06/it-was-the-nail-that-broke-the-camels-back/, “the last straw in the coffin”, https://malaphors.com/2012/11/22/the-last-straw-in-the-coffin/, “I’m at the end of my straw”,  https://malaphors.com/2013/04/12/im-at-the-end-of-the-straw/, and “that’s a bit of a straw horse”, https://malaphors.com/2019/04/29/thats-a-bit-of-a-straw-horse-isnt-it/.  Even one of my all time favorites, “let’s draw hats”, has the ubiquitous straw floating in the speaker’s mind.  A big thank you to Barry Eigen for noticing this one and sending it in.

Still thinking about buying the latest malaphor book, “Things Are Not Rosy-Dory: Malaphors From Politicians and Pundits”?  This latest malaphor might be the straw that tips you over.  Check it out on Amazon: https://www.amazon.com/dp/B08C7GGMG5?ref_=pe_3052080_397514860

There are people falling behind the crack

Jeannie Blaylock, a TV news anchor in Jacksonville, Fl, uttered this one when she was discussing the financial strain of COVID.   It is a congruent conflation of people “falling through the cracks” and “falling behind”, both meaning those who are not helped by the system which is supposed to deal with them.  “Falling” is the common word here, and is the cause of the mashup.  A tip of the crack to Lou Pugliese who heard this gem. 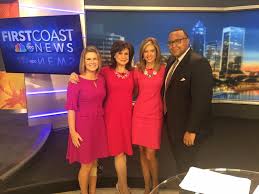 This flips the tables

This was spotted in a Washington Post Op-Ed piece by Greg Sargent, discussing Biden’s plan to produce more jobs in the United States.  Here’s the excerpt:

Biden, by contrast, will do what Trump didn’t: Use active, interventionist government to actually create jobs and rebuild U.S. manufacturing capacity. While there’s no question the left deserves credit in pushing Biden in this direction, his broader agenda has proved unexpectedly progressive.

“This flips the tables,” Jared Bernstein, a progressive economist and outside adviser to the Biden campaign, told me. “It doesn’t just block incentives to send jobs overseas; it creates new ones to create jobs here.”

This is a congruent conflation of “turns the tables” and “flips the script”, both meaning to reverse or change something dramatically.  If Sargent had really meant to flip tables, he might have been tempted to use one of many emojis expressing this – see  https://cutekaomoji.com/misc/table-flipping/

A flip of the hat to Mike Kovacs for spotting this perfectly formed congruent conflation.