Posted: February 1, 2020 | Author: davemalaphor | Filed under: Uncategorized | Tags: Frank Thorp V, humor, language, malaphor, malaphors, MSNBC, run the gauntlet, Trump, walk a tightrope, words | Leave a comment
This mashup was uttered by Frank Thorp V on MSNBC last Saturday.  It is a conflation of “walk a tightrope” (be in a situation where one must be extremely cautious) and “run the gauntlet” (enduring a series of problems, threats, or criticisms).  “Running” and “walking” might have led to the speaker’s confusion, or perhaps in the end the Democrats really had to run across that tightrope!  A big thanks to Frank King who heard this one and ran it in. 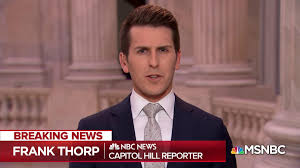 Posted: January 31, 2020 | Author: davemalaphor | Filed under: Uncategorized | Tags: Adam Schiff, everything under the sun, expressions, humor, language, malaphor, malaphors, on the face of the earth, Trump, words | Leave a comment

Adam Schiff, House Manager in the Trump Impeachment Trial, uttered this in response to the President’s counsel’s comment that witnesses would be endless and that the trial could drag on until the next election.  Here is the context and the quote:

Taking up additional witnesses “could be done very quickly, effectively, we’ve never sought to depose every witness under the face of the sun,” Schiff later added, noting that a select four witnesses have been specified by House managers as “particularly appropriate and relevant” to their case.

This is a terrific congruent conflation of ” everything under the sun” and “on the face of the earth”, both meaning all things in existence, or everything one can reasonably imagine.  The speaker apparently was thinking of the earth and the sun at the same time.  A big thanks to Bruce Ryan for hearing this one and sending it in.  Bruce has the ears of a hawk.

It was a lock cinch

Posted: January 29, 2020 | Author: davemalaphor | Filed under: Uncategorized | Tags: a lock, Brian Williams, cinch, expressions, humor, language, lead-pipe cinch, malaphor, Trump, words | Leave a comment
Brian Williams on MSNBC, the Malaphor Network, uttered this one when he was discussing the Trump impeachment.  It is a congruent conflation of “a lock” and “a lead-pipe cinch or cinch”, both meaning a certainty or a task certain to be accomplished.  Maybe a lock cinch is a certain certainty?  A big thanks to Frank King who heard this one and sent it in.

He was taken to the carpet

Senator Mike Braun, Republican from Indiana, uttered this one on Meet the Press yesterday.  He was talking about Trump and the effect impeachment will have on him.  It is a mashup of “called on the carpet” (to reprimand someone) and “taken to the cleaners” (to swindle someone or to soundly defeat someone).  My guess is that the Senator was thinking of carpet cleaning.  He also may have been thinking of the idiom “taken to the mat”(to confront or argue with someone), given mats and carpets are both floor coverings.  A big thanks to Elaine Hatfield and Mike Kovacs who heard this one and sent it in.

This is not coming out of whole cloth

Willie Geist on MSNBC’s Morning Joe said this one, discussing Lev Parnas’ statements to Rachel Maddow.  It is a nice congruent conflation of “coming out of left field” and ” made out of whole cloth”, both meaning something utterly false or fictional.  “Out of” is in both phrases, contributing to the mixup.  A tip of the hat to Donna Calvert who heard this one and immediately contacted Malaphor Central. 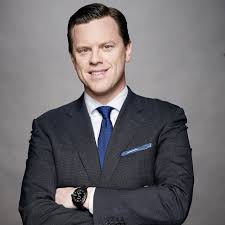 Giuliani blew his lid on that

This one was uttered by Lev Parnas, Rudy Giuliani’s assistant in the Rachel Maddow interview.  Here it is:

Parnas: "So [Zelensky] announced something a/b corruption, but Giuliani blew his lid on that, saying that's not what we discussed. … It has to be about Joe Biden & Hunter Biden & Burisma."
"He said the name Biden needs to be spoken."
"Always."

It was NEVER about corruption. pic.twitter.com/Wkgxy94vyn

Lev was describing Giuliani’s reaction to hearing Ukranian President Zelensky’s decision not to announce an investifation specifically mentioning Joe Biden’s name.  It is a nice congruent conflation of ” “flipped his lid” and “blew his top/stack”, both meaning to become extremely angry or mad.   A huge thanks to Mike Kovacs for hearing this one and sending it in.

It’s a bunch of humbo jumbo

Someone was referring to the Repbulicans’ defense in the Trump impeachment hearings.  This is a nice word blend of “humbug” (deceptive or false talk) and “mumbo jumbo” (intended to cause confusion).  Both expressions refer to misleading someone.  Maybe it’s a new expression, meaning deceptive talk meant to confuse?  A big thanks to John Kooser who overheard this one.