There are people waiting around the wings

This one was uttered by Heather McGee on MSNBC’s “Deadline: White House with Nicolle Wallace.  She was referring to people wanting to challenge Donald Trump in 2020.  It is a mashup of “waiting in the wings” (stand ready to do something at the appropriate time) and I think “just around the corner” (very soon, imminent).  As followers of this website know, MSNBC is known as The Malaphor Channel.  Malaphors tend to be spoken when someone is filling up airspace, such as political pundits, sports radio shows, and athletes being interviewed.  A big thanks to Guy Moody for spotting this subtle one.

It sticks under my skin

Noah Rothman uttered this nice malaphor on the MSNBC show, “Morning Joe”, on March 21.  He was referring to Trump’s comments about McCain and Obamacare.  It is a congruent conflation (two idioms mixed with the same meaning) of “sticks in (one’s) craw” and “gets under (someone’s) skin”, both referring to something that is irritating or bothersome to someone.

So what’s a craw?

A craw is the crop of a bird or insect, the transferred sense of the word to refer to a person’s gullet (Free Dictionary).  Perhaps Mr. Rothman is a Frank Sinatra fan, thinking of the song “I’ve Got You Under My Skin”.  A big thanks to Frank King for hearing this one!

It holds much weight

Jeremy Bash uttered this one the other night on the Malaphor channel, MSNBC.  It is a mashup of “carries much weight” (to wield importance or influence) and “holds water” (stands up to critical examination).  A subtle and commonly used malaphor.  Props to Frank King for hearing this one. 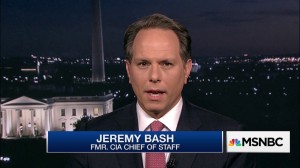 Heard on the MSNBC show with Chris Hayes.  This is a conflation of “scared stiff” (utterly terrified) and “worried sick” (very concerned about a person or situation).  I have heard this one a lot.  “Sick” and “stiff” are similar sounding words, contributing to the mashup.  A big thanks to Frank King for hearing this one!

He tends to pull things out of his head

Posted: February 3, 2019 | Author: davemalaphor | Filed under: Uncategorized | Tags: expressions, humor, language, malaphor, Matt Miller, MSNBC, off the top of his head, out of thin air, pulled a rabbit out of his hat, words | Leave a comment

Heard on MSNBC by Matt Miller, a former spokesperson for the Justice Department.  He was talking about Rudy Giuliani and his off the cuff (“shoots off the cuff?”) remarks in interviews.  This is a triple congruent conflation of “off the top of one’s head”, “pluck (something) out of thin air”, and “pull (something) out of a hat”, all meaning a random thought.  “Head” and “hat” get confused a lot and that’s what appears to have happened here.  As you know, the usual thing pulled out of a hat is a rabbit.  As “my ol’ pal” notes, tThe more usual metaphor nowadays is “pull things out of his ass” (making things up) which is probably closer to the meaning of what Matt Miller was trying to convey about Giuliani.  For obvious reasons he probably substituted “head” for “ass” at the last second.  Thus the birth of this malaphor.

A rose is a rose by any other name

This is a nice literary malaphor, uttered on the MSNBC show Hard Ball .  It is a congruent conflation of Shakespeare’s “A rose by any other name” and  Gertrude Stein’s sentence “a rose is a rose is a rose”, both interpreted as meaning things are what they are.  A big thanks to Mike Kovacs for hearing this conflation of two famous lines in literature.

Trump is hunkering in

This was uttered by Elise Jordan on MSNBC, as she was describing Trump alone in the White House.  It is a congruent conflation of “digging in” and “hunkering down”, both meaning to get started in working on something or alternatively to seek refuge in a particular place.  A big thanks to Frank King for catching this one.