Trump is not going to throw Paul Ryan over the bus

Over/under is the culprit here.  This was heard by a Republican pundit speaking on CNN.  It is a nice mashup of “go over the cliff” (taking a drastic step) and “throw (someone) under the bus” (exploit someone’s trust for one’s own gain or purpose).  “Throw (someone) overboard” (get rid of excess baggage) might also be in the mix, as well as “over the edge” (excessive or out of control).  Given the statures of the persons named, it might be possible.  A big thanks to Ron McDonald for hearing this one and sending it in! 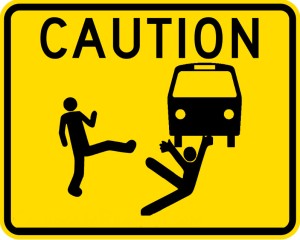