We’re going to have to pull the bullet

My running partner uttered this one today.  He was talking about having to complete something that was needed to be done for a long time.  It is a mashup of “bite the bullet” (to do or accept something unpleasant) and probably “pull the plug” (to force something to end).  “Pulling teeth” (to do something that is very difficult) also may be in play as the speaker may have conjured up “teeth” when he thought of “bite”.  “Pull some strings” (to use the power or influence over others) might also have been in the speaker’s mind.  Finally, malaphor follower Sally Adler suggested “pull the trigger” (make a decision).  This certainly is a possibility given “bullet” in the other idiom.  In fact, I believe this is the mashup as in context the speaker was talking about having to make a decision.  Bravo Sally!  Or perhaps he was thinking literally of a bullet puller, a device to safely remove a bullet from a gun.  A big thank you to Dan Geier for unintentionally saying this one, recognizing it as a malaphor, and letting me post it. 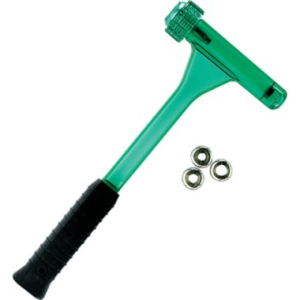 It’s time to swallow the bullet

This is a mix up of “bite the bullet”  and “bitter pill to swallow”, both having similar meanings – reluctantly accepting something unpleasant.  “My ol’ pal” correctly told me not to  forget “swallow your pride”, which also refers to doing something you would rather not do and so is probably on the speaker’s mind as well.   As we approach the fiscal cliff, I think some folks need to swallow the bullet and make those hard choices they were elected to do.