This was uttered by Chuck Schumer when discussing Trump’s nominee, Tom Marino, as Drug Czar.  Schumer said Marino’s confirmation would be “like putting the wolf in charge of the hen house”.  https://www.upi.com/Top_News/US/2017/10/17/Drug-czar-nominee-Marino-withdraws-from-consideration-Trump-says/9001508246201/

This is a mashup of “the fox guarding the hen house” (assigning the duty of guarding valuable information or resources to someone who is likely to exploit that opportunity) and “a wolf in sheep’s clothing” (a person or thing that appears harmless but is actually dangerous).  Now certainly you wouldn’t want a wolf in charge of the hen house either, but the correct idiom only indicts the fox.  A big thanks to Steve Grieme for catching this one and sending it on. 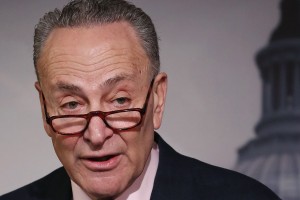