Whatever turns your boat

Overheard at a WalMart at midnight: two women were talking about another woman’s unusual outfit and one of them uttered this classic malaphor.  It is a congruent conflation of “whatever floats your boat” and “whatever turns you on”, both meaning whatever makes you happy.  The phrases both begin with “whatever”, and with boats capsizing, you can see where the confusion arises.  A big thanks to John Kooser who heard this one while doing some midnight shopping.

If you enjoyed this one, and are thinking about how to fill that Christmas stocking, why not get the malaphor book, “He Smokes Like a Fish and other Malaphors”?  It’s available on Amazon for a cheap 7.99.  Makes a great addition to any bathroom.

I want to get the elephant out of the room

Posted: September 3, 2018 | Author: davemalaphor | Filed under: Uncategorized | Tags: books, elephant, elephant in the room, humor, language, malaphors, out in the open, words | Leave a comment
This was uttered in a general session meeting at a conference.  The speaker was trying to raise an issue that was well-known to all but was avoided in discussion.  I believe it is a mashup of “the elephant in the room” (a serious problem that everyone is aware of but choose not to mention) and “out in the open” (expose something for public knowledge).  The beauty of this malaphor is that it contains idioms that are opposites: one exposing something that is hidden and the other keeping something hidden that should be exposed.  “Out on the table” might also be in the mix.
As any loyal malaphors.com follower knows, idioms involving elephants are frequently mixed.  Type in “elephant” and see the many posts.  There is also a chapter in my book, “He Smokes Like a Fish and other Malaphors” (Amazon) devoted to elephants.  A big thanks to John Costello for hearing this one and sharing it.  Also a big thanks to Cheryl Rosato for her “elephant in the room” drawing and for illustrating the malaphor book!

Even the playing field

This subtle congruent conflation was uttered by Jenna Bush Hager on the Today show.  It is a mashup of “level the playing field” and “even the odds”, both meaning to make a situation or activity more fair and balanced.  This one is heard often, as the two expressions have the same meaning and contain words that are synonyms – even and level.  A big thanks to Frank King for hearing this one and sending it in.  Frank has the ears of a hawk when it comes to malaphors.  By the way, check out Frank’s website, http://www.themhcomedian.com/frank-king-speaking/. 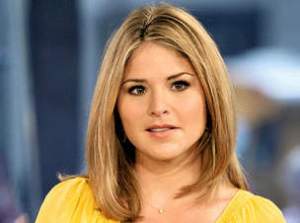 I’m getting a little punch-happy

This one was said at the end of a long day of meetings.  It’s a nice word blend congruent conflation of “punch-drunk” and “slap-happy”, both meaning to be dazed or giddy.  I really like this one, as it also can describe being drunk, as in drinking too much punch at a party.  Certainly a few artillery punches will make one very happy…. for awhile.   A shout out to Nate Shand for hearing this one and passing it on!

That’s the only breath of sunshine in this story

This gem was uttered in a college class by the professor.  He was discussing a bad strategy resulting in a 19th century army’s major defeat and noted one positive, followed by this malaphor.  It is a mash up of “a ray of sunshine”  (something that makes you feel hopeful) and “a breath of fresh air” (pleasantly new).  The mix up stems from two phrases that both relate to something positive and hopeful, but also are weather-related (sunshine, fresh air).   A big thanks to Forrest Morgan who was the speaker and contributor.  By the way, Forrest has just written a terrific book entitled “Waking the Snow Leopard”, an exciting thriller available on Amazon – https://www.amazon.com/Waking-Snow-Leopard-Forrest-Morgan/dp/0997681705/ref=tmm_pap_swatch_0?_encoding=UTF8&qid=&sr= 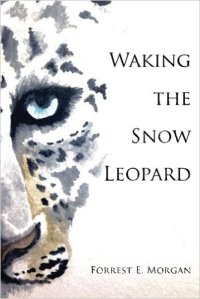 It went to pot in a handbag

Yvonne Stam, a frequent contributor to this site, heard this gem from her sister, who was referring to children reaching middle school age.  It is a congruent conflation of “going to pot” and “going to hell in a handbasket”, both meaning declining or getting worse.  As Yvonne says, the speaker was probably confusing the word “handbasket” (surely an antique word) with handbag.  She also points out that “to hell in a handbag” is noted in Wikipedia as a common version.  This malaphor is similar to one I posted in 2012, “the project is going to pot in a handbasket” (https://malaphors.com/2012/09/15/the-project-is-going-to-pot-in-a-handbasket/) which was uttered in the 70s.  Perhaps handbaskets were more common then.  Pot was, that’s for sure.

A big thanks to Yvonne Stam for hearing this one and sending it in!

The last book I read was a real page burner

This congruent malaphor is a mash up of “page turner” and “barn burner”, both meaning something very exciting.   I like this one as it seems to stand on its own, describing a book that is so compelling that you seem to “burn” through it.    Then again,  it could mean something totally different for those fascist minded folks out there….