The cat’s out of the barn

Philip Mudd,  the former Deputy Director of the CIA National Counterterrorism Center, and current CNN counterterrorism analyst, was speaking on the HBO show Real Time with Bill Maher (the May 5, 2017 episode).  About 42 minutes into the show, the panel discusses how Donald Trump should just be “quarantined” from taking actions by himself.  Mr. Mudd then said you can’t “quarantine” Trump when it comes to foreign affairs and he cited several examples of Trump’s unilateral actions.  He than blurted out the above malaphor, followed quickly by “or whatever that expression is”.  What I love about his reaction is that this is precicsely what happens when a malaphor is uttered unintentionally.  The speaker realizes that the expression is wrong, but is not sure why and how to correct it.  The panel’s reaction was also classic, as they smirked but didn’t quite know why.

“The cat’s out of the barn” is a nice mash up of “the cat’s out of the bag” (the secret has been made known) and, because of the context, “lock the barn door after the horse has bolted” or “the horse is out of the barn”, both meaning an action that is useless as it is too late, which is what the speaker was describing. Certainly cats do live in barns to keep the mice population in check, so conflating cats with barns creates the malaphor.   The words bag and barn also have similar sounds, adding to the confusion.

Amazingly, three malaphor hunters heard this one and sent it in on the same day.  Three cheers to Mike Kovacs, Karl Robins, and Vasuki Narayan for hearing this one.  They all have ears like a hawk.

Well, the cat is certainly out of the barn about my book on malaphors, “He Smokes Like a Fish and other Malaphors”, available on Amazon.  The phones have been ringing off the wall!  Get one today!  http://www.amazon.com/dp/0692652205 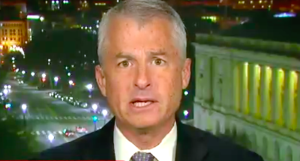