← There wasn’t a shot in hell I was losing
If he doesn’t pass the mustard, then we aren’t promoting him →

The man is a nut cake

On MSNBC’s “All In with Chris Hayes” show last night, former New Hampshire Senator Gordon Humphrey (R-NH) said Trump is a “nut cake”.  This is a congruent conflation of “nutcase” and “nutty as a fruitcake”, both obviously meaning to be crazy or insane.  Here is an excerpt from the transcript, courtesy of Breitbart News (trying to stay apolitical here):

In the common parlance, the man is a nut cake, he is a looney bird. And it would be the height of irresponsibility to elevate him to the presidency. It would be recklessness to make him commander in chief. I’ve issued a call to members of the RNC this afternoon to demand an emergency meeting of the Republican National Committee to strip Donald Trump of the nomination and to replace him with someone of sound mind.

As followers know, malaphors are spoken by all, including Republicans and Democrats.  Who can forget Obama’s excellent “my opponent would like you to think I am green behind the ears when it comes to foreign policy”, or Hillary Clinton’s recent “the creme de la resistance”?  A big thanks to Sam Edelmann who heard this one and passed it on to Malaphor Central. 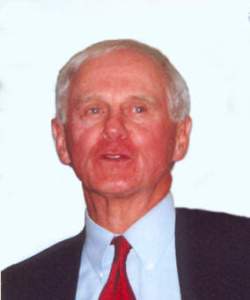