← Does the Pope shit in the woods?
She can’t pull it through →

I don’t have a dog in this race

Posted: March 17, 2018 | Author: davemalaphor | Filed under: Uncategorized | Tags: Bill Simmons, don't have a dog in this hunt, don't have a horse in this race, expressions, humor, language, malaphor, malaphors, words |4 Comments
This nice, subtle malaphor was heard on Bill Simmons’ sports podcast.  Simmons was talking with another NFL commentator about how every off season different teams/franchises make terrible decisions related to overpaying quarterbacks in free agency (such as Case Keenum, Sam Bradford, Kirk Cousins signing w/the Broncos, Cardinals, Vikings respectively this week).  He’s a Patriots fan, so he concluded by saying he doesn’t “have a dog in this race” (doesn’t care about any of these teams or quarterbacks personally), but just thinks it’s maddening to see teams making the same mistakes year after year.  This is a congruent conflation of “don’t have a dog in the hunt” and “don’t have a horse in this race”, both meaning to not have a vested interest in something.  The speaker might be a fan of dog races, hence the mix up.  In any event, this is a classic malaphor.  Many thanks to Justin Taylor for hearing this one and passing it on.
Any vested interest in seeing more malaphors?  Check out my book, “He Smokes Like a Fish and other Malaphors”, available on Amazon today for a cheap $6.99.   Unless you don’t have a dog in this race….. 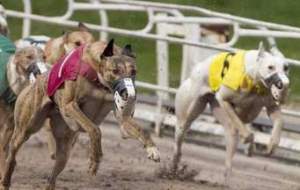