He may have sealed his death warrant

This classic was heard on WWE Raw the other night.  Roman Reigns speared the Undertaker.  The announcer, sensing that the ‘Taker was mad,  said Reigns may have “sealed his death warrant.”  This is a mashup of “sealed his fate” (determining finally the fate of someone) and “signed his own death warrant” (to cause one’s own destruction).  I suppose death warrants are signed, sealed, and delivered, and maybe the speaker had that on his mind.  A big thanks to John Kooser for hearing this one and sending it on! 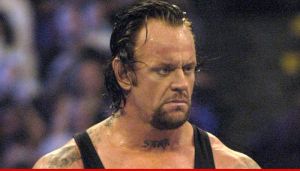