← Word of the week: malaphor
Pelosi has all these Chairs on a tight rope →

This is a perfect malaphor, compliments from the sports world.  Jack Zduriencik uttered this one on the Pittsburgh Pirates pre-game show on 93.7 The Fan.  It is a congruent conflation of “flipping a coin” and “rolling the dice”, both meaning to rely on chance or purely at random.  Coins and dice are both used in games of chance, such as craps.  Of course if you flip the dice in a craps game, chances are you’ll be ejected.  A big thanks to John Kooser for hearing this gem. 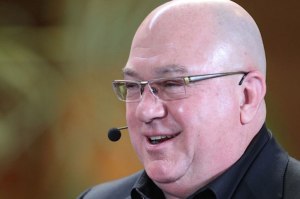