I think Sheila hit the head

Nela Richardson, Ph.D, chief economist for Redfin, speaking on the podcast Marketplace, was referring to a point made by her colleague on the correlation on the lack of wage growth and persistent complaints by some employers that they’re unable to fill open positions.  This is a nice congruent conflation of “hit the mark” and “hit the nail on the head”, both meaning to be accurate or correct.  As the submitter points out, “hit the head” is a also a naval expression for going to the bathroom.  Having grown up on Naval bases, I used and still use that expression often.  Not sure Dr. Robinson had the same experience, but if so, it could be the reason for her mashup.  A tip of the hat to Mike Kovacs for hearing this one! 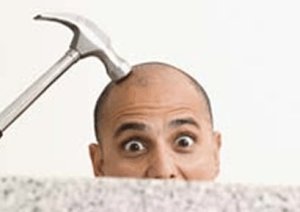 One Comment on “I think Sheila hit the head”